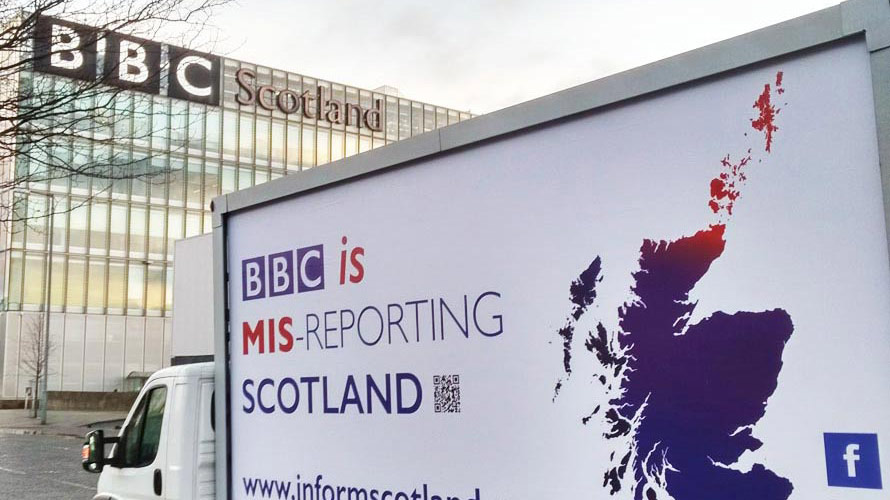 Testing the new Ofcom process for regulating bias and inaccuracy on the BBC.

Inform Scotland has built up a huge archive of over 500 examples of BBC Scotland Bias while campaigning against the BBC over the last 2 years.

You will recall how we raised thousands of pounds to run giant 20×40 foot billboards exposing the BBC last year.

When they failed to report the campaign, we sent an Advan to circle BBC’s headquarters in Glasgow until they reported it:

Many of you where hugely entertained when the Advertising Standards Authority found in our favour.

We are looking for your support to keep us going so we can gear up to deal with the new BBC complaints procedure and see if we can force Ofcom to take action against the BBC in the same manner it tackles bias and inaccuracy with other broadcasters.

Thanks from all the team at Inform Scotland

If you want to join InformScotland then visit the Members page on our website.

If you want to do a media interview with us, then contact:  Informscotland@gmail.com

You can reduce fees by donating directly to our bank or Paypal account.

Additionally, you can help the team at Inform Scotland by –