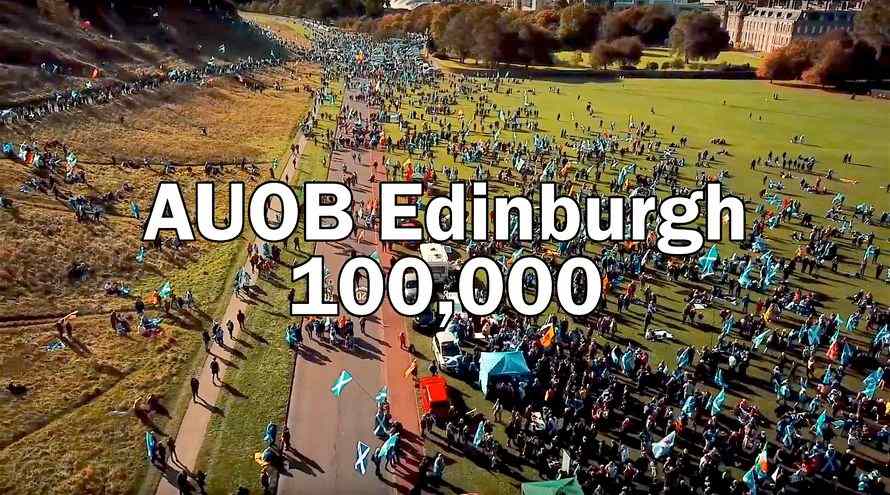 The All Under One Banner march on Saturday 6th October was easily the biggest pro-independence event in Scotland’s history.

BBC Scotland spun a piece of desperate last minute propaganda intimating that the rally may not go ahead as planned; their sneaky little article was entitled “Indyref2 rally ban ‘remains in force’ “

The National documented the success of the event with their article headlined “AUOB Edinburgh march biggest pro-independence event in Scotland’s history” noting turnout figures of “somewhere between 75,000 and 100,000 people “

As Wings Over Scotland noted however, many embittered Yoons were quick to dispute the massive crowds, delighting in downplaying what was surely the most resolute support for Scottish Independence to date.

And check out this Image Gallery ….

And this Planet Radio article ….

Folks, do you believe that now is the time for Scottish Independence?  Then spread this post far and wide!