Andrew Neil at it again 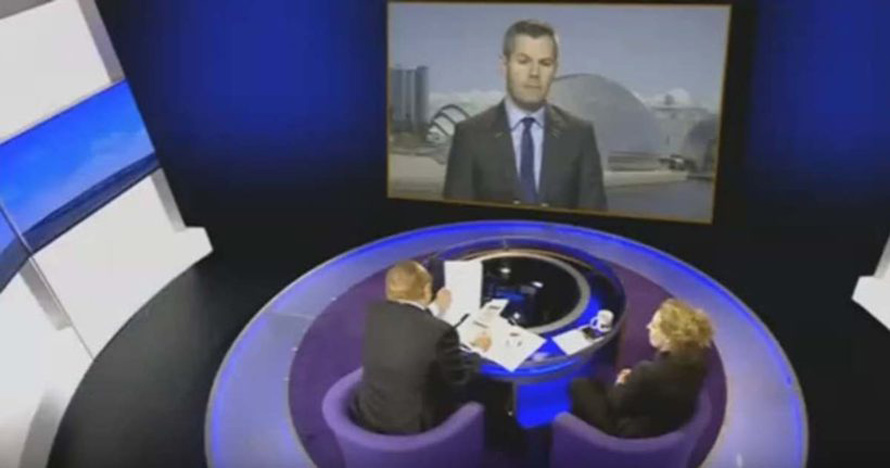 Whilst interviewing Derek Mackay on yesterday’s Scottish Government’s budget proposals, did we see Andrew Neil reveal what the BBC’s tactics are going to be towards the SNP? This is only a clip from the eight minute interview but if you watch it all you will see that Neil goes out of his way to try and paint the SNP as Tories following a Tory austerity agenda. Derek Mackay to his credit kept his composure and failed to rise to Neil’s goading and calmly pointed out Neil’s distortion of the facts and corrected him on more than one occasion.

Neil from the off in this clip tries to deceive the public by quoting the Scottish Local Government Partnership claim that Derek Mackay was using smoke and mirrors to hide a slash and burn economic strategy. Who are the SLP?  The SLP represents just 4 councils, Glasgow, South Lanarkshire , Aberdeen City and Renfrewshire all unionist controlled or dominated councils who reveal themselves to be nothing more than a tawdry little group of people who’s only purpose is to do Scotland down by trying to thwart the SNP at local government level in order to serve their own political agenda rather than serving the people of their communities. Mackay exposes this deception by pointing out that COSLA who represents the other 28 councils in Scotland had not rejected the offer he had put to them.


Previous post
Forget PISA’s tiny unreliable samples: Scotland has the best school attainment outcomes in the UK
Next post
The ruling that exposes the depth of corruption at the BBC