BBC infers Catalonia referendum not legitimate because of poor turnout 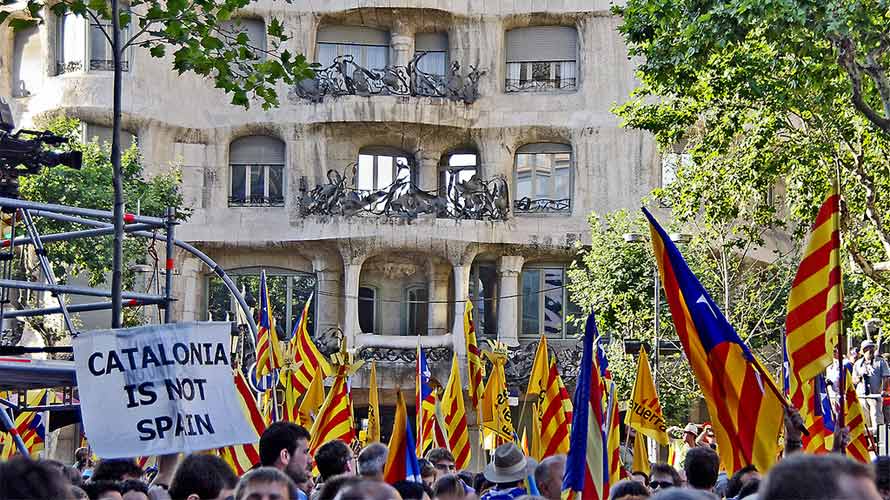 The Catalonia Referendum and BBC’s spin on it

…. Two things to say about the BBC reporting.  Firstly, turnout for the referendum was not 42%, it was nearer 57% according to initial estimates.  The reason for the drop was that Spanish police seized ballots.  They stole around a quarter of the votes.  To achieve 57% in the face of such police brutality and while some polling stations were sealed off, is incredible.

The indications are that official figures will show Catalans voted by over 90% for independence.  It’s likely that this result would have been replicated had the stolen votes been counted as well.  Extrapolating these results and it’s clear that even with a turnout approaching 80%, the pro-independence vote would win ….

Author :  GA Ponsonby
Source :  Indyref2.scot
Original Publication Date :  Oct 04, 2017
Article Link :  We have to stand beside the Catalans if they declare independence
Archive Link :  Archive.is
Image Source :  Catalonia is not Spain by SBA73 on Flickr, licensed under CC BY-SA 2.0
If you liked this article please help the team at Inform Scotland by –

Good news for Scottish economy but not for BBC Scotland?
BBC Scotland News dishonest reporting of firefighter shortages in Aberdeen
BBC claim they covered Nicola Sturgeon’s visit to the USA ‘fairly, accurately and impartially’
Is everything in Scotland ‘near breaking point?’
BBC Scotland’s General Election debate was a predictable sham
A look back at the worst of BBC Scotland in 2018
BBC’s complaint system isn’t very user friendly – how convenient ….
The independence movement needs to mount a highly visible challenge to BBC Scotland
BBC and Youtube collude in political attack to flush Wings Over Scotland channel down the memory hole
Share
Tweet
Pin
+1