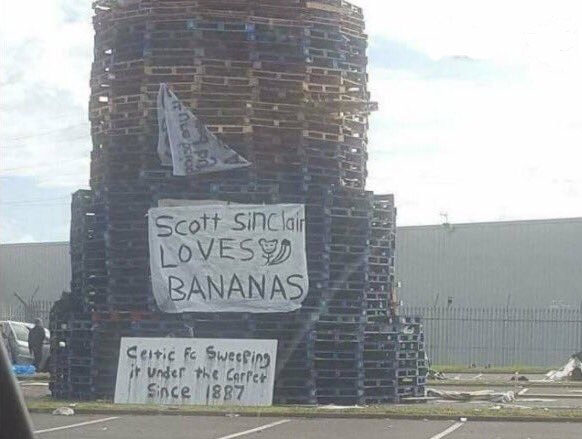 All the BBC could see was a family-friendly day out.  Wings over Scotland tells the real story ….

But then we switched on BBC1 Northern Ireland today.

And what we found was the state broadcaster devoting most of its morning schedule to “celebrating the culture” of the 36% of the population of the province who describe themselves as “Unionist”. 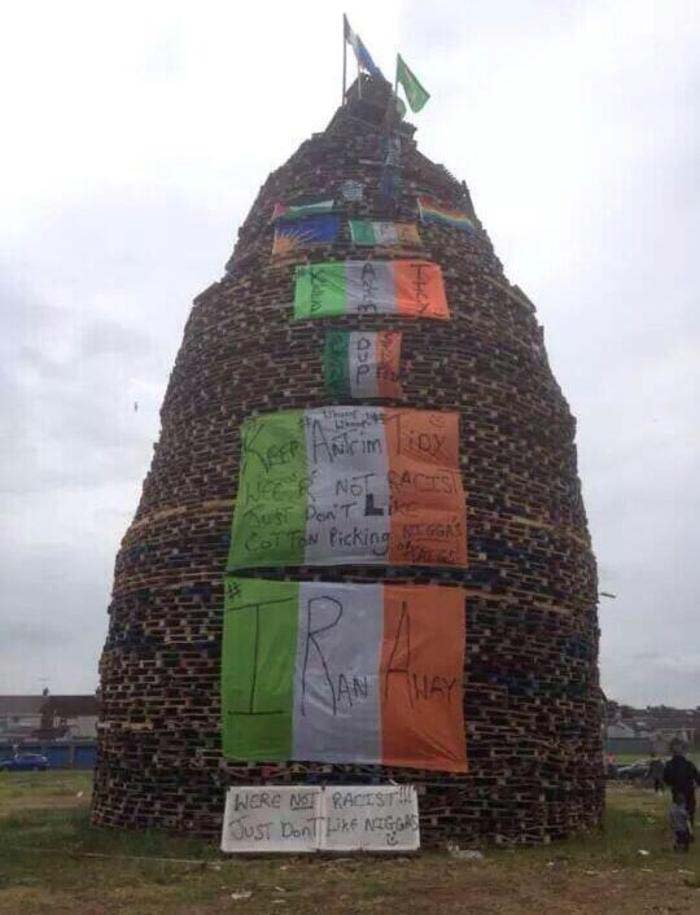 [EDIT 13 July: an alert reader points out that according to the latest data the figure is just 29%, with 24% considering themselves “Nationalist” and 46% saying “Neither”.]

This mostly took the form of a 75-minute live programme simply called “The Twelfth”, televising a series of Orange marches in Belfast and Lisbellaw, a small village in Co. Fermanagh, deep in the predominantly Sinn Fein-voting south-west ….

But let’s see what lucky Scotland could upgrade that to in the future – thanks to the lovely Scottish Tories and everyone who voted for them – with a little glance across the water into the world of our fellow Brits in Northern Ireland, and what they’ve been doing with a great big pile of taxpayers’ money this week and previously ….

“Almost anything we could say here would be superfluous. We could invite readers to imagine BBC Scotland devoting 115 completely uncritical minutes to live coverage of the recent 20,000-strong Yes march in Glasgow (or the Edinburgh rally in 2012) purely as family events celebrating the centuries-long history of the independence movement. But as everyone knows what they actually do, there’d be no point.”….

Author :  Rev. Stuart Campbell
Source :  Wings Over Scotland
Original Publication Date :  July 12, 2017
Article Link :  Towers of hate, To last throughout the years
If you liked this article please help the team at Inform Scotland by –

An open letter to Donalda MacKinnon on the first anniversary of her tenure
BBC Scotland reporter ridiculed after claiming Ruth Davidson won election
Reporting Scotland editor apologises for Jackie Bird being wrong and ‘has a word with her’
The nurse who criticised Nicola Sturgeon during the BBC election debate
The Ruth Davidson Fan Club – BBC’s sycophantic reporters
BBC is directly funding Scottish newspapers. Pro or anti independence?
Reporting Scotland’s latest early morning nightmare story propagandizes people with special needs and autism
“The likes of the BBC…. are so biased against the SNP”
Have I Got Evasion For You
Share
Tweet
Pin
+1