BBC Scotland Complaint – The habitual use of the term ‘SNP Ministers’ 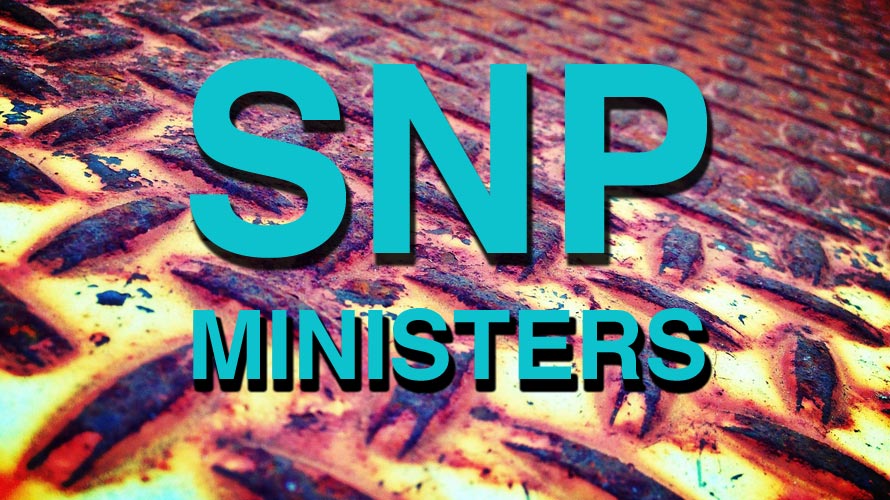 On the March 4th edition of Reporting Scotland an item covering the so-called ‘Continuity Bill’ heard the reporter refer to SNP Ministers instead of the technically accurate “Scottish Government Ministers”.  There then followed an attack on the Scottish government by Ruth Davidson on the issue.

This habit amongst reporters and presenters of using the term SNP Ministers or ‘SNP Government’ on issues deemed controversial and that offer an opportunity of attack by opponents of the SNP, is one that is pervasive on BBC Scotland.  Over the last few weeks it has been adopted in stories related to Police Scotland, Income tax changes and the OBFA.

No ‘humanitarian crisis’ in NHS Scotland says new BBC Reporting Scotland Health Correspondent
BBC is a state propagandist for Brexit says former Labour Minister
Control the airwaves and you control the populace
Shouting ‘Operating Theatre’ in a Crowded Fire! Imagining a crisis in NHS Scotland
Ruth, Racism and Bigotry – Now BBC Scotland has questions to answer
The ruling that exposes the depth of corruption at the BBC
BBC recycles the old Baby Box scare story with the help of a Professor
Jackie Bird and her ‘detectives’ think they’ve found a ‘dysfunctional department’ of the NHS
BBC Scotland look the other way as Labour and Tories collude to betray Scotland on fisheries bill
Share
Tweet
Pin
+1