The BBC’s distorted view of Scotland, the story of a weather map 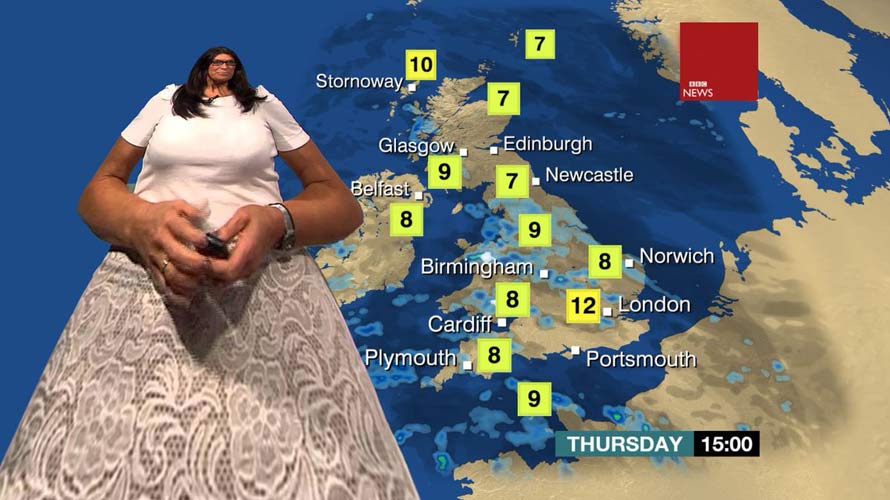 Too wee, too poor, too stupid?

Seems that is what the BBC wants Scotland and the rest of the world to think!

All that have seen the BBC weather map will have noticed the BBC have shrunk Scotland, they say this is “tilt angles”; we in Scotland say its social engineering and has been happening since the 70’s (ever since the oil find) without sophisticated weather “tilt angles”.

Here’s a teaser.  Imagine a helicopter takes off from the most northerly point in the UK and flies in a straight line to the most southerly point.  Exactly half way through this flight it stops to refuel. What country is it in?  It’s still in Scotland.

Here’s what the BBC weather map looked like on the run up to the Devolution Referendum in 1979.  Clearly 200 miles is not a constant according to the BBC – 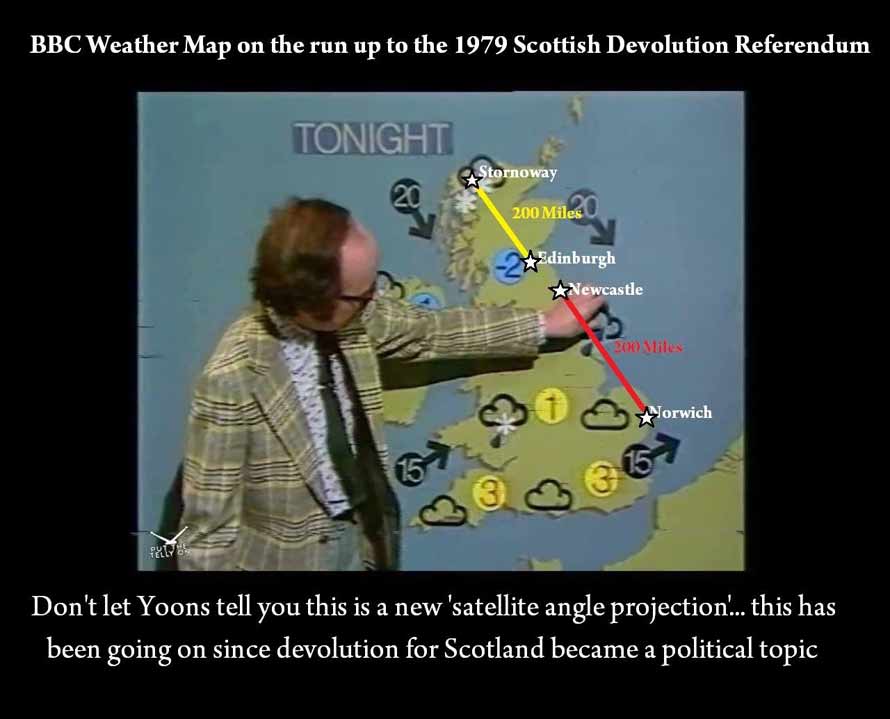 For more info, see a video here and the Facebook page here

Here’s the BBC’s stance on the matter.

Sources :   How the BBC make Scotland Look Tiny On the Weather Map , Scottish Deaf Indy 2
Image Sources : 1, 2
If you liked this article please help the team at Inform Scotland by –