The BBC has earned the distrust of Scots 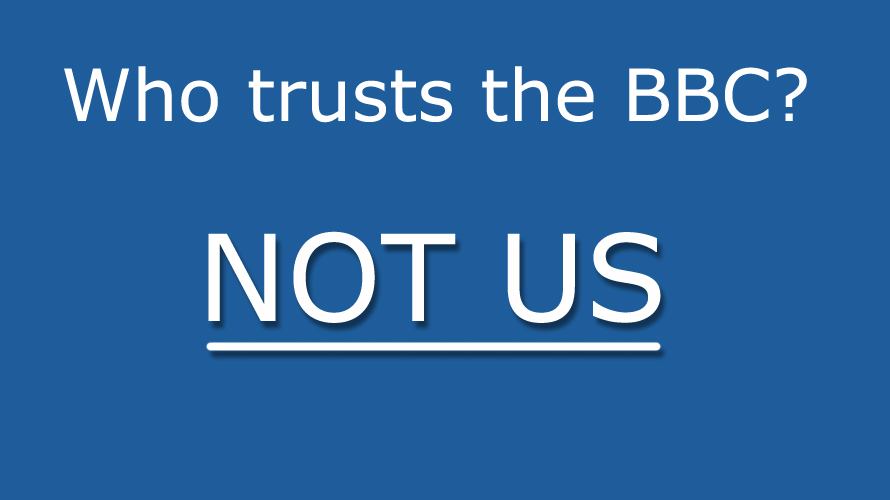 So yet another survey on the BBC’s political output in Scotland suggests the corporation is losing trust north of the border.

A poll for the Herald newspaper resulted in more people saying they believed the BBC was biased against independence, than said it wasn’t.

Thirty six per cent of respondents agreed with the statement that “the BBC tends to report news that is biased against the cause of Scottish independence”, and only twenty three per cent disagreed.  The remainder weren’t sure either way.

That means three quarters of the Scottish electorate are made up of people who either believe the BBC is biased against indy or aren’t willing to say it isn’t.  It’s an incredible statistic but one that doesn’t surprise me.  The evidence is everywhere you look.

Your donations help us greatly in the administration of our organization so we can continue our mission to expose the bias and propaganda of BBC Scotland.  If you wish to donate please visit this page.