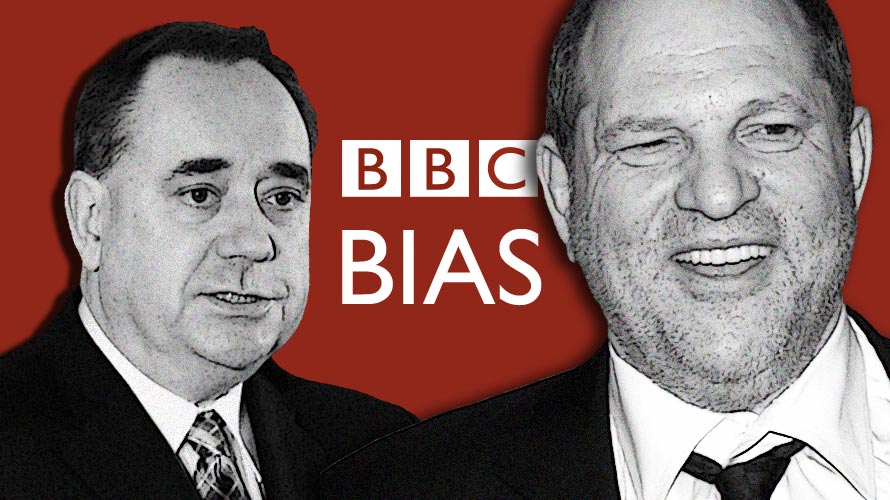 The allegations of sexual misconduct levelled against Alex Salmond have spawned eight consecutive days of coverage.  The lynch-mob has yet to disperse as we enter the second weekend since the story broke.

We were first told Salmond had been accused of sexual assault.  That became sexual abuse, before being downgraded to harrassment and finally misconduct. To be honest it doesn’t really matter what Salmond has been accused of, the media has decided his character is to be assassinated anyway.  BBC Scotland has even compared the former First Minister to Harvey Weinstein. Harvey Weinstein for goodness sake!