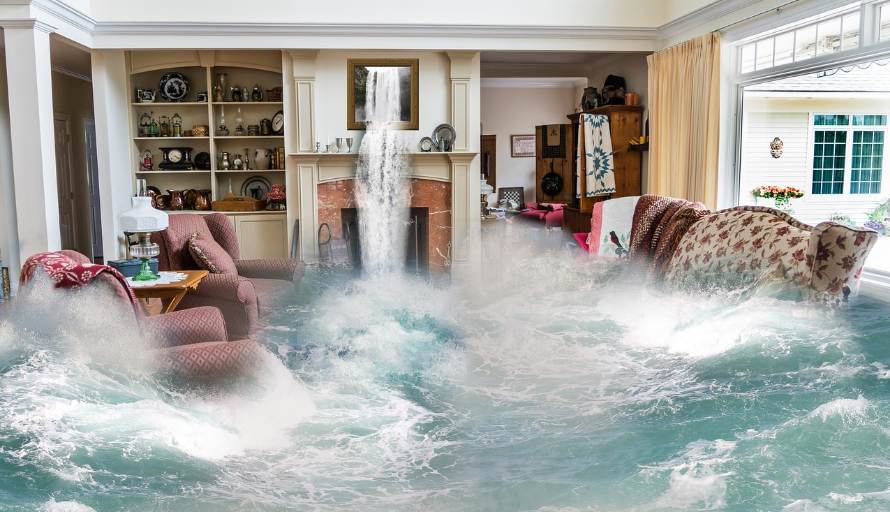 ‘More than double the number of properties are (sic) at risk from flooding in Scotland than previously thought.’ (BBC Scotland, today 07:27)

Repeated nine times today, I predict, this was the broadcast and website headline for BBC Scotland. I don’t know where the speech marks were in the TV broadcast version, but they should certainly have been more accurately placed around the ‘number.’ I’m happy that SEPA classifications of flood risk are pretty objective and require no doubtful wee speech marks but it was clear that SEPA themselves wanted to qualify the meaning of the word ‘number’. Here’s what is admitted further down:

‘Steve McFarland, of Sepa’s flood risk planning and policy team, said the rise in the figure for “at risk” homes, was largely down to improved modelling and knowledge, rather than an increased physical risk.’

BBC Scotland: ‘All morbidly obese people are by definition obese’ so we can do what we like to scare and titillate you...
BBC Scotland look the other way as Labour and Tories collude to betray Scotland on fisheries bill
BBC Scotland shows glimpse of fair reporting on sleeping rough in Scotland, then spins the propaganda
P1 assessments complaint passed to Ofcom
Scotland’s wind energy smashes through 100% electricity demand threshold, BBC Scotland ignores
BBC Scotland News shoring up the Union with endless layers of supportive repetition
Holyrood Brexit vote described as “meaningless” by BBC Scotland reporter
NHS Scotland’s waiting time targets abused again by BBC Scotland?
BBC Scotland’s Disclosure Series is not investigative journalism. Is it even journalism?
Share
Tweet
Pin
+1


Previous post
BBC Scotland: ‘All morbidly obese people are by definition obese’ so we can do what we like to scare and titillate you
Next post
BBC Scotland producer accuses viewer of spreading “conspiracy tosh”