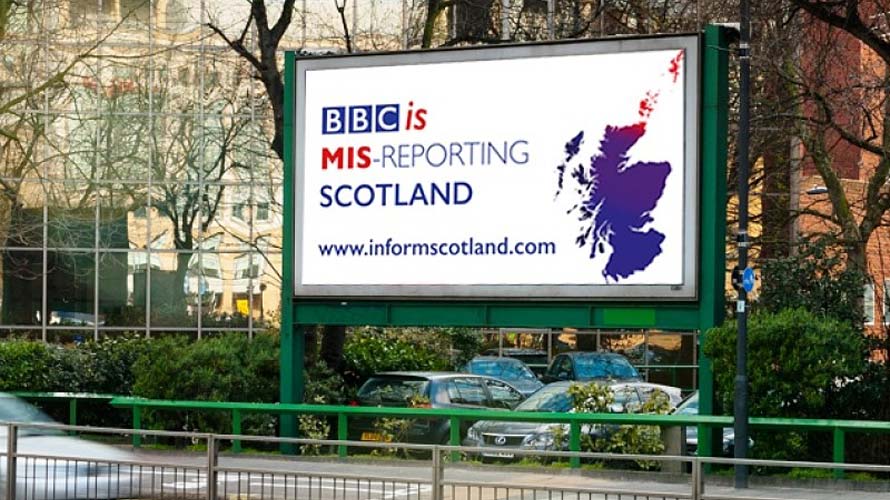 The Inform Scotland billboards campaign for BBC Misreporting Scotland has been finalized for the final two weeks of January.

We have been working with the three main providers of traditional billboards to get our Inform Scotland billboards up across the country. These are JCDecaux, PrimeSight and ClearChannel. Despite there being no legal reason for not running the Inform Scotland billboards, JCDecaux refused to run our campaign because they said it was “too controversial”. Primesight refused to run it apparently because the BBC itself is one of their major customers.`