Ken Loach has encouraged Jeremy Corbyn supporters to call the BBC to complain about what he said was the broadcaster’s bias against the Labour leader.

The leftwing activist and film director said the BBC had the “pretense of objectivity” but was in fact a “propaganda” arm of the state. “The BBC is not some objective chronicler of our time – it is an arm of the state,” he said.

Loach was speaking on Thursday evening at a meeting at University College London organised to criticise the media for being biased against Corbyn. He encouraged the audience to phone a BBC complaint number. “It’s worth it. it makes you feel better. Give it a whirl,” he said …. 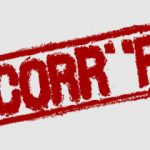