Nicola Sturgeon is more popular than the Queen, A LOT MORE 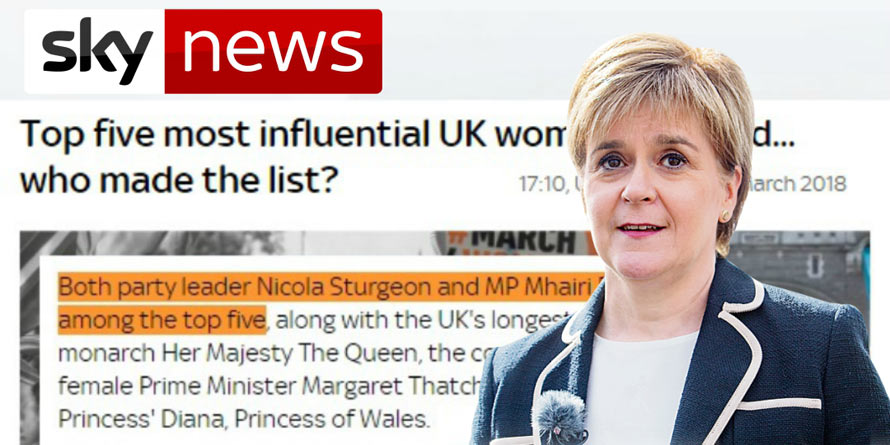 Never look a gift horse in the mouth. By attempting to set Nicola Sturgeon and Mhairi Black up to fail in an online popularity contest Sky News set its own trap and walked right into it. Scotland has never had quite so much fun.

British establishment media bias is something we have become used to in Scotland. Whether it’s the BBC, Sky News, STV, or any of the unionist papers, the misrepresentation of Scotland and the blatant distortion of “the news” have become accepted realities of everyday life since the independence referendum. Usually, however, it’s not until after the fact that we can call it out; a fact that leaves pro-independence media analysts playing catch-up once the damage has been done. It’s rare indeed when we’re ahead of the posse and in a position to see what’s coming and predict the outcome. Well thanks to Ceren Senkul’s poll on the Sky News website we all had front row seats to one of the most spectacular British propaganda cock-ups of all time – and it all happened in slow motion.

Thanks from all the team at Inform Scotland.
Nicola Sturgeon