Is it in any way sane to trust the media when their bias is completely obvious? 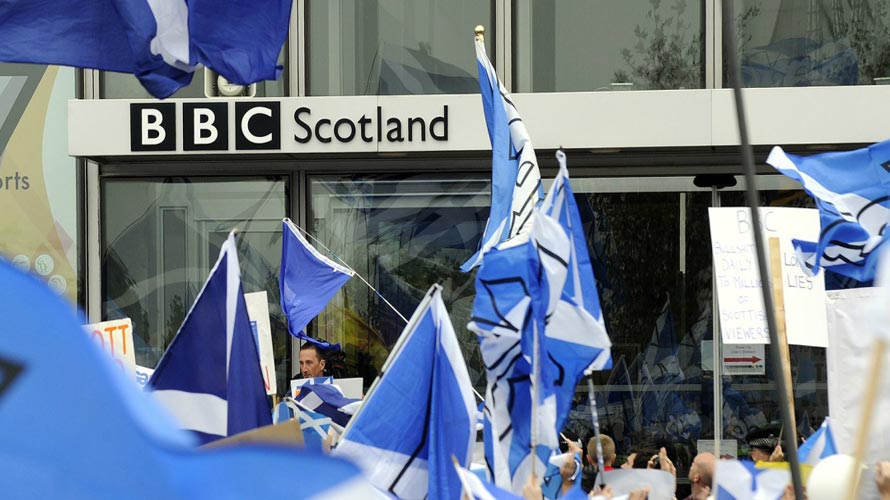 We are working towards independence within a hostile media environment.

Much of the pro-independence “alternative media” in Scotland – websites like Wings Over Scotland, IndyRef2, and Inform Scotland – is focussed on critiquing the British media’s representation of Scotland. What they do is often brilliant and insightful, and it makes for fascinating reading. The picture that emerges is that right across the mainstream media there is a system in operation – an agenda – geared towards presenting Scotland and Scottish pro-independence politics in particular in a negative light. Our movement owes them a debt of gratitude, and thanks to their ongoing work we have come a long way. We are less trusting of the establishment media and more willing to question its agenda and motives.

Demonstrations outside the BBC offices in Glasgow are far less regular now than they were a few years ago, not because the BBC has become less biased – if anything the bias has intensified, but because in large part we have come to accept that bias is an essential feature of the state broadcaster’s remit. It is far less common now to read people on social media asking why the BBC isn’t more balanced and fair.