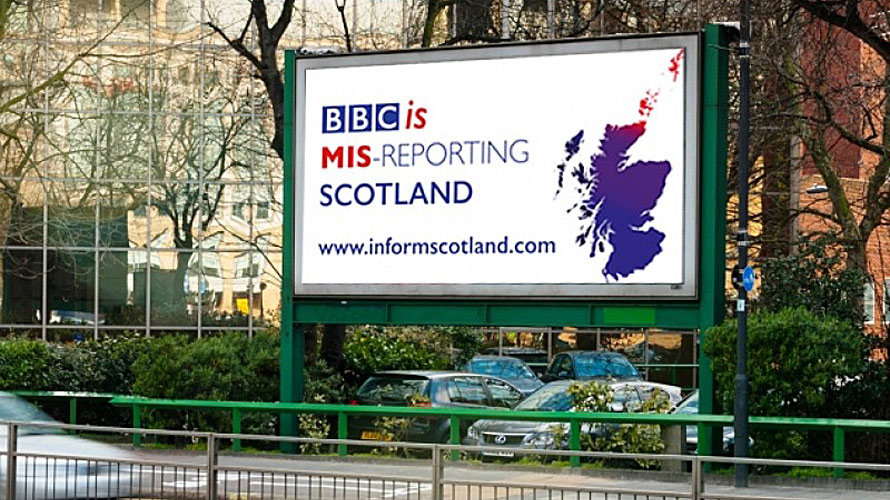 Is the BBC biased against independence?  It’s a straightforward question isn’t it?  And it’s a question that causes angst within some quarters of the independence movement.

This week a heated debate ensued over plans by a grass-roots Yes group to run a billboard campaign that highlighted ‘misreporting’ by BBC Scotland.  The ‘Misreporting Scotland’ billboards direct people to a website on which is posted articles that support the theory that the BBC operates a pro-Union agenda.